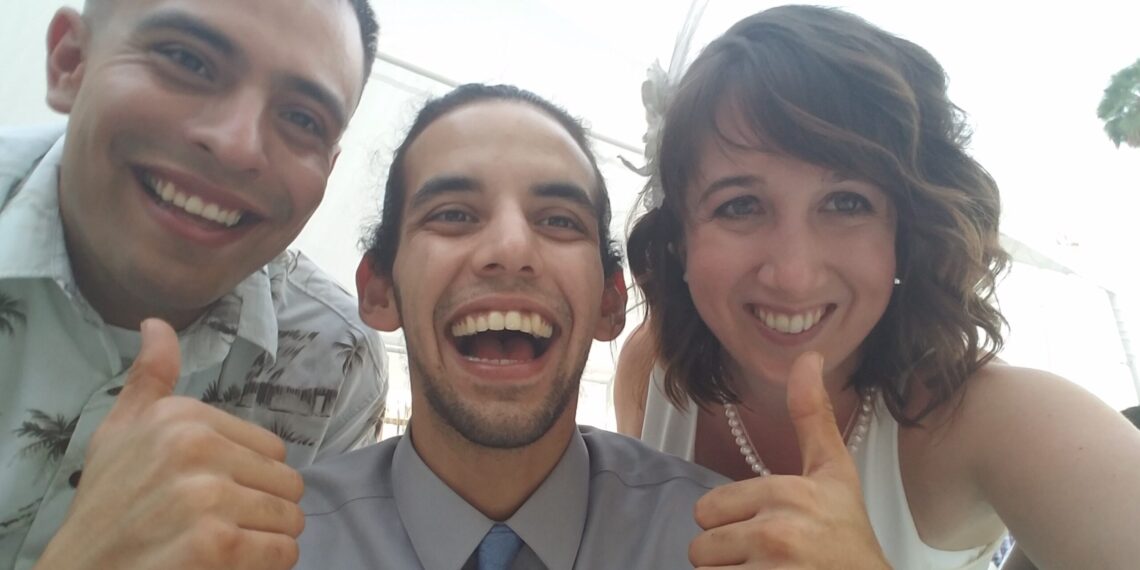 I haven’t written a post in almost two months and that is because on November 3, I received the news that one of my oldest and bestest friends had passed away.

It hit me a lot harder than I ever imagined it would and I spent pretty much the entire month of November just existing.

I decided at the beginning of this month that it was time that I finally start to address what happened, my feelings and start working through them. I decided it was also time for me to start getting back to normal.

In doing all that I really wanted to write a post about what happened and our friendship. This blog is where I share stories about myself, about life and I let you in while I work through it all.

I wanted to write about it because more than once, putting my feelings down here have been therapeutic and, on the rare occasion, I’ve gotten comments and messages from people telling what I shared helped them in someway or another. It’s rare, but it makes me feel really good.

I also wanted to write about what happen because Steven was a huge part of my childhood and was one of my best friends throughout my entire life. This blog isn’t only where I share the bad, it’s where I share the good and Steven deserves to be featured here.

I thought if I gave up and slept on it I would have some sort of revelation. The words would come to me and I could wrap this all up in an eloquent package that would summarize what happened, our friendship and how I feel, but that didn’t happened. And I don’t think that is going to happen. At least not for a long time.

I didn’t come up with a way for me to write this that was right or made sense, but I realized why. I realized nothing I wrote was right or good enough, that it didn’t make sense, because nothing about what happen makes sense.

Having someone so full of life, someone so good, pass away so suddenly at only 27, makes no sense, so why would talking about it be any different.

I have known Steven his entire life. I say his because he is two years younger than me. When he was born his family lived right next door and then moved three houses down and then moved down the street, but still a 90 second walk door to door.

Growing up I considered Steven not just my best friend, but my brother. I still do consider him my brother.

When we were little it seems like we were together all the time. I had an awesome group of friends growing up and we spent our afternoons and summers playing tag, hide-and-seek, swimming, and neighborhood wide water balloon fights. We played handball and soccer and we rode bikes and rollerbladed. And Steven was always right there with me.

As we got older we spent less time together. He was two years younger than me so only two out of our six years in elementary school were we actually on the same recess schedule and we ended up going to different high schools, but none of that really changed things.

No matter how much time had passed whenever we would get together it would feel like no time at all had passed. We would laugh and joke like always.

And even when we entered adulthood and very rarely saw each other, my feelings for him never changed. He was still my brother. I knew that if I needed him for anything he would have my back, no questions asked.

I found out Steven was gone, while I was on my break at work. One of my other oldest and best friends Lindsey, started calling me non-stop right about the time I started work. I knew something had to be up, because she doesn’t call me much.

When I finally was able to take my break, as I was walking outside to call her, I noticed I had a message from Amanda, Steven’s baby sister and I knew something bad had happened. I started thinking that maybe he was in a car accident (not wrong I guess) or that maybe something had happened to his dad, but I never thought the worse for him.

Lindsey answered the phone and she told me Steven was gone. My brain literally couldn’t comprehend what that meant. It took probably a good 30 seconds for me to actually process what she was telling me, but even then I didn’t want to believe it. I started shaking and I didn’t know what to say, but I was also at work and knew I couldn’t fall apart. (I have a tendency of dealing with things by ignoring how bad they are and acting like everything is ok, just so I can push through.) So we made plans to go to his dad’s house that evening, I called my other partner in crime, Jessica, and broke the news to her (she also was going to go with us) and then I shut off my feelings and went back into work. I finished my shift on autopilot, refusing to let myself think about what had happened, but I think if anyone had really been paying attention to me they would have seen how bad my hands were shaking and how dead my eyes were.

After my shift ended, I went to HR and my team lead and told them my brother had passed away and I wouldn’t be coming into work tomorrow. I didn’t mean to say brother, since I know that’s technically a lie, but that’s just how it came out and that’s how I feel. I walked out of the building, barely holding it together and called and told my husband he needed to come get me because I couldn’t drive.

I got to my car and instantly started sobbing harder than I had in a long time. Random ass memories started flooding my brain. I started thinking about listening to Simple Plan or him discovering Queen. I thought about all the long talks we had, the good and the bad ones, sitting under the street lamp outside or sitting in his front doorway. I thought about him watching comedy specials with my while I recovered from my appendicitis. I thought about watching Brink and Grind and Across the Universe. I thought about trips to Knott’s Berry Farm and his Felix the Cat shirt.

I thought about Fox and the Hound.

And I couldn’t help, but think about Christmas cookies and be flooded with guilt and regret. My god how have I not learned this lesson yet.

You see, as you know if you read my blog, I was living in Hawaii for 3/4 years and only moved back to California in early 2019, making last Christmas, my first Christmas back state side.

Money was tight last year, so I made cookie boxes for everyone, including Steven and his family. Despite it being almost a year since I’d been back I hadn’t made it over to see Steven and this felt like the perfect reason, but I got busy and the cookies got stale and I never made it over.

Right now is where I should go into a rant about how you won’t always have more time, tell the ones you love you love them now, but I already wrote that post, this year, clearly I haven’t learned my lesson yet.

This past month has been bizarre. A lot of it I felt nothing and at random moments I would be just overwhelmed with emotion and sometimes I’d feel ok.

My husband has been worried about me. We’ve talked a lot lately about how even though I think I handle crisis and trauma well, it’s only because I’m really good at compartmentalizing things and pushing down my emotions and he’s right. A major downside to that, however, is that by turning off the bad emotions it’s really easy to accidentally turn off the good emotions too.

I can’t deny that has been happening a little since I found out about Steven, but I’m trying really hard to feel this and let myself fully process it, not ignore it.

Steven wouldn’t want me to lose all the progress I’ve made on myself or mess myself up even more just because he’s gone. In fact I can imagine both him and my dad looking down on me telling me to get my shit together and make them proud.

I still don’t think I’ve done a good job of explaining how I’m feeling or what Steven meant to me, but I don’t think I really can. Our friendship was special and I don’t think that can articulated. Some people that knew us growing up, I think understand it and others never will, but that’s ok.

I was lucky to have Steven in my life for the time that I did and although it’s not fair that he’s gone, he was one of the happiest, full of life, and opinionated people I’ve ever met and I know I owe it to our friendship and his memory to honor who he was and live my life. To find what makes me happy and do it.

His death was also a reminder, not only that you don’t always have more time for those you love, but you as living person don’t know how long you have. Before his death I’ve always thought about how friends and family could be gone without warning, but I’ve never thought about the fact that the same goes for me and what that means. I never thought how I shouldn’t wait until the time is right to chase my dreams or try something new. How I shouldn’t wait to fix myself or be happy. Next year, next month, next week, tomorrow, nothing is promised. The only thing you do have is right now and I need to learn to make the best of every right now moment. (That was a clunky ending, but I’m just going to live with that for now.)

I miss you Steven. 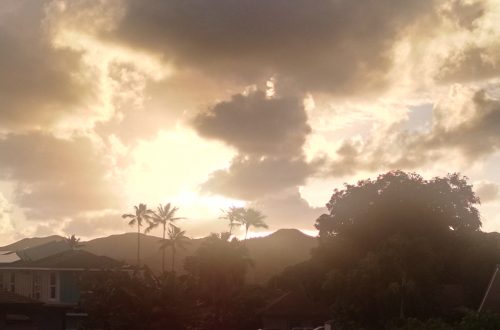 Happy Birthday to my tiniest and possibly spunkies

How's this for a throwback? @_nisreenn and I at @r

It's starting to warm up here in SoCal, so it feel

Froze 🥶 my butt off at the beginning of the mon

You can't understand this cold 🥶 you must exper

Stumbled across this photo while writing my latest

Make it stop! You can't already be 7. Happy birthd

I'm a few days off on this, but I am officially in