In the past 10 years I graduated high school, graduated from Mt SAC, and graduated from Cal State Fullerton. I lived in California, Utah and Hawaii. I got my diver’s license, rebuilt a 1970 VW Beetle, and taught myself to drive stick. I watched my childhood home be sold, was semi-homeless for a bit, rented a room in a house with a bunch of strangers on an island I’d never been to, and I have now rented three different apartments of my own. I flew on an airplane for the first time (and then many more times) and swam with turtles. I lost friends and made friends. Some relationships fell apart; some of those relationships died and some came back to life. I had my heart broken, fell in love for real, and got married. I had great jobs, crappy jobs, and two stints of unemployment (Anyone hiring? I’m looking!). It has been an insane decade full of ups and lots of downs. It’s been challenging, exhausting, thrilling, scary, and some of the best and worse times of my life.

This Tuesday (6/11) marks the 10 year anniversary of my high school graduation. The ending of one chapter and the start of a new. For everyone, their high school graduation means change and new beginnings. It’s one of the many stepping stones into adulthood. For me it marked the beginning of the end in many ways, and that sounds much more dramatic than I intended, but I can’t think of a better way to say it. This wasn’t just the closing of my childhood chapter and beginning of my adulthood one, it was the first nail in the door to my childhood. Before the calendar year would end my life would be forever changed and within 12 months my life would no longer even remotely look like it did the day of my graduation. In my mind my high school graduation will always be the day my dad started to die.

I was a daddy’s girl.

Without delving too far into my family history, for most of my childhood I was lucky enough to have a stay at home dad. My mom was the bread winner and my dad was Mr. Mom. And he was great at it! He cooked. He cleaned. He hiked. He drew. He went on class trips and was always the class parent. He was my best friend.

I was little when my dad first got sick, so I don’t remember much, but it was sometime before I even started kindergarten. Supposedly I used to call it his “owie.” My dad had melanoma and it originated on one of his shoulders. It was this big ugly mark, I guess. In all honesty, I was so little that I remember the scar more than the original mole. The scar from when they cut the cancer out looked like one of those long neck dinosaurs. A brontosaurus. I remember going to doctors appointments with my dad and I remember them cutting different moles and things from his body to check after removing the original mole. I remember all my life it being important that my dad stay covered when we were out in the sun (and that was often) and how religiously both him and I had to wear sunscreen. I remember little things here and there and the big things that just became a part of our lives, like the sunscreen, but overall I don’t remember much about him being sick.

I know he wasn’t supposed to live, at least according to one doctor. My dad never took chemo or radiation, he only had the cancer removed.

Cancer is prevalent in my family; everywhere in my family it seems. And my dad had watched both his parents die from different cancers. Both my parents had seen what radiation and chemo does to the body and my dad a baby. His first baby. He knew that even if he took the chemo or the radiation, he still might die, but he would be so sick from the treatment he wouldn’t get to be the best dad ever. My dad thought it was more important to have at least a few good years, then a few crappy ones. His doctor said they believed they got it all, but recommended further treatment to be sure. So, my dad got a second opinion. This doctor said they got it all. My dad went with that and hoped for the best.

He made it 18 years. Well not really 18 years, he wasn’t diagnosed right when I was born, but you get the point. He made it my entire life without the cancer coming back. And then it did. It came back quick. And it came back violent.

My dad went to the hospital either the night of my graduation or the following morning, I’m kind of fuzzy on the exact details, and he was gone before Halloween. Looking back now I realize he had been sick and getting sicker months before my graduation, but I was too wrapped up in my own senior year of high school world to really take notice, and my parents just blamed it on over working and exhaustion.

The cancer came back and it came strong. It wrapped around major arteries. It took over his lungs and his intestines. There was no operating on it this time. There was no saving him this time, at least not a probable good chance, but he fought and he fought hard. This time around he didn’t have a baby to run after, instead that baby was right by his side ready to do whatever he wanted and he wanted to live. He wanted to live so bad. And he fought so hard to do that, but in the end his body just couldn’t take it.

I spent that summer spending as much time as I possibly could with my dad. I got to know every ICU nurse there was as St. Joseph’s and St. Jude’s. I slept in waiting rooms and on chairs. I started to find the beeping of heart rate monitors very soothing. My dad and I played cards and he shared stories. We watched movies and we said goodbye for four months. This was the longest, most stressful, depressing, and happy four months of my life.

My dad wasn’t religious, spiritual, but not religious. He never really prayed, but one of the stories he shared with me while he was sick was how he prayed for me. He told me when he got sick, the first time, that he prayed. He prayed to just be able to see me graduate high school. His prayers were answered. He ended his story by saying, “next time I won’t be so specific.” And then he laughed.

It’s now been 10 years since my dad got sick, nearly 10 years since he died and I’m still not ok. I’m not over it and I don’t think you ever do get over something like this, you just learn to live with it. And in that case, it’s been 10 years and I’m still trying to figure that out. Trying to figure out how to live with this loss and this emptiness he left. The pain is still there, just like it was the day he died. I miss him so much everyday and I’ve probably taken at least three cry breaks just while trying to draft this.

It’s been 10 years and this is the first time I’ve ever really written about it. (I apologize because I know this wasn’t very good and was a little all over the place, but it was an important baby step for me.) I did a school project where I wrote a story about one of the nights with him in the hospital and I wrote something about him before I got married, but since he got sick I haven’t been able to write about him or my feelings or what happen. I haven’t been able to write much really (not until this past year), nothing personal, not like I used to. I tired at first, but over time the feelings and emotions connected to my loss and all the changes that came after was just too much. I didn’t want to reflect on the things I was feeling or going through. I just wanted to survive them and move on. And I did survive, in many ways I flourished, but I didn’t move on.

It wasn’t until a few years ago that I started to realize how unhealthy my approach was and how much I needed to share my story and my feelings. I didn’t realize how much I had bottled up and how much it was hurting me. That’s part of why I’m here. Part of why I started this blog. It’s still hard to write about a lot of things and I still have a long way to go, but I’m working on it day by day and eventually I’ll get there. Hopefully it doesn’t take another 10 years. 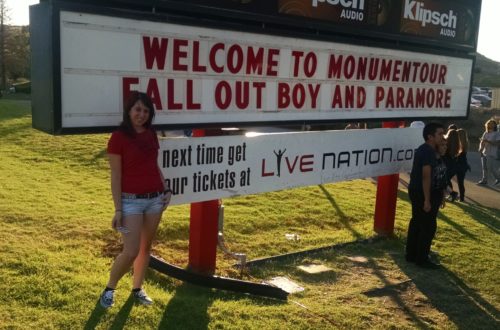 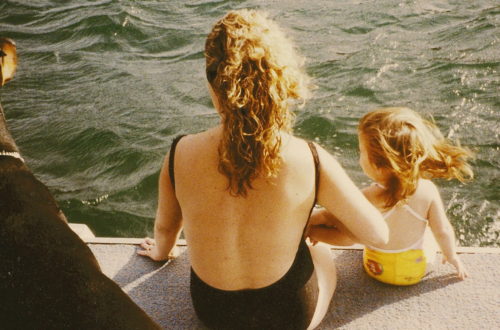