September 25, 2015 I got on a plane in LAX headed for Honolulu. The previous months had consisted of a lot of couch surfing, living with different friends and family, and a two month stay in Utah. I had less than $3,000, an Airbnb studio apartment covered for a month, no job, and pretty much no plan.

I had spent my entire life living in California. Despite having graduated from college in May of 2014, I still had not worked a “real” job and with the exception of my adventures in couch surfing, I had never lived on my own. I had never been on a plane and the farthest I had ever traveled was the middle of Utah where my grandpa had lived and now where my mom was at.

I had been living in Utah with my mom since July, working at Dairy Queen (one of the few employment options in Scipio, UT) to save up whatever money I could to give me just a little bit more of a financial bumper when I got to Hawaii. I came back to California a week before I was to going to fly to Hawaii so I could see my sister and her kids once more, as well as say goodbye to my friends.

The day before I flew out it was my niece’s 3rd birthday. I hadn’t planned it, but it felt like a nice way to end my time in California and embark on this new crazy chapter in my life. I love all my nieces and nephews like crazy, but since I was a lot older when my sister had her last two I had formed a different kind of relationship with them. I was able to really be like an aunt to them (me and my sister’s oldest child are only 7 years apart, while me and my sister’s two youngest are 21/22 years apart). Also, I had spent nearly everyday with them from the day they were born to the day I moved to Utah.

I had a fairly early flight out of LAX, I think I had to be there sometime around 8am, and my sister’s husband was going to take me to the airport. I don’t remember too much about that morning, except being scared out of my mind, thinking, “what the hell am I doing?”, and eating about a quarter of a sheet cake left over from the night before.

As with most things associated with my sister (She’s always late, but I love her anyways!) we got to the airport a little later than planned. I had just enough time to get my boarding pass, get through TSA and get to my gate. Luckily the stress of missing my flight over shadowed my anxiety about what I was doing.

As soon as I got on the plane, all that anxiety came rushing back. My stomach knotted up, my hands started to shake, and I wanted to cry so bad. In hopes of saving face with the strangers around me I quickly stuck my earbuds in and hit shuffle on Spotify. “If you could see me now” by The Script was the first track to come on. (I haven’t got to share this yet, but my dad passed away October 2009.) Needless to say the tears still came. But I wasn’t crying just because I was scared now. I was excited! I knew I could do this, even if I didn’t know what this was. That song felt like a sign. A message from my dad or a higher power or something, letting me know what I was doing was right and that I was going to be ok. I held onto that feeling for the entire flight and my entire first month here in Hawaii.

My (now) husband picked me up from the airport and drove me to my Airbnb studio apartment in Kaneohe. As we drove, all I remember thinking is “this place is so green.” Since he is military, he had to get back to work and wasn’t able to stay with me long, but did return that evening. The apartment wasn’t located in the best area and was right next to a scary old cemetery which I would have to walk by every time I wanted to catch the bus, walk to the store, or hit the gym, but it was absolutely adorable! And it was mine (kind of)! It had a big walk in closet, a nice queen size bed, a deep bath, and no stove, but a full size fridge. Over the next month I learned to master rice cooker and microwave cooking.

I gave myself that first weekend to absorb and appreciate where I was, and then the clock started ticking and it was time to get to work (to find work).

I spent the first week reaching out to anyone and everyone I knew that I thought could possibly help me find work or had any sort of connection out here in Hawaii. I started applying to every job I came across that was in my field of work, marketing, social media, PR, communications, writing…everything. My second week I started applying for administrative and assistant work. I signed up for some online transcription jobs just to make a little money in my down time.

By week three I started to panic.

I had yet to have a single interview and my Airbnb stay was about to run out. I needed to decide if I should extend my stay, start looking for a real apartment and hope a job appears, or pack up and go home.

After a small breakdown and long talk with my husband (then boyfriend) I decided to go for option one, extend my Airbnb stay.

That didn’t work. The owner already had it booked the day after I was set to check out.

We then decided it was time I really extend my job search (retail here I come) and try looking for a real apartment. The following week I applied and got an interview at Sears, Macy’s, and Target. All of which hired me on the spot. I was shocked and I ended up settling on the Target job (they paid much more and I adore Target).

I also went a viewed a studio apartment in Kailua, an area I fell in love with. The studio apartment was a street away from the beach, but it would have taken every penny I had to pay for the first and last and I would be living paycheck to paycheck. The owner of the studio let me know that she also had a house she rented closer to downtown right off Pali Highway and that she had a room for rent. The house took me farther away from the Marine Base and my new Target job, but would cut my rent in half.

The next day I went and viewed the room. I called the landlord on my way out and told her I was ready to sign the papers. November 1 I would be moving into a huge house, up a super steep hill and a ton of stairs, tucked up against the mountain, with five strangers. The house I would learn was nicknamed The Treehouse and offered some of the most amazing views I had ever seen. That same day I was also set to start my new job at Target.

The room wouldn’t be vacant for about another week, so I rented yet another Airbnb space in Kaneohe. This time a private room right on the water. I was a bit nervous to stay in a stranger’s house by myself, but luckily I moved in on a Friday, meaning my husband would be able to stay with me the first few nights, and it had a private bathroom and entrance, so if I lived off of fast food, which I did, I would never have to see the owners. (They were really great people, I’m just a bit nervous when it comes to things like that.)

Things were falling into place and about to get even better.

During my in-between week, one of the many people I had reached out to while desperately looking for work finally got back to me with a job offer working in Social Media.

Rewind back to the morning I was getting ready to leave for LAX. My sister started showing me these gorgeous pictures of Hawaii that one of her old high school friend’s had on her Facebook page. The old friend had moved to Hawaii a few years back. The pictures were gorgeous, but what caught my eye was her job title, Marketing Manager. As soon as I saw that my exact words to my sister were something like, “I don’t care what the island looks like, if I can’t find work I don’t get to stay! She works in marketing. I need to meet her.” My sister said she would message her and give her my information and my sister came through.

Before moving into my new bedroom in The Treehouse on Pali, I got to go meet my sister’s old high school friend and her boss. They offered me a temporary semi-remote job managing the company’s social media channels. They asked me to start immediately. I never started my job at Target.

November 1, 2015, I moved into a bedroom in a house with four strangers, started my first real job in my field of study, and got my first solid confirmation that I was going to make it.

I’ve now officially been living in Hawaii for three years. Moving here was the scariest thing I had ever done up until that point in my life. It was the first time I ever did something without a solid plan or any idea of how it was all going to work out, but it was one of the best decisions I have ever made. Moving to Hawaii the way I did, with no real plan and absolutely no safety net, it taught me the value of taking risks. It showed me that you don’t always have to have a plan and it’s ok not to know whats going to happen. Moving to Hawaii showed me how strong I am and what I’m really capable of. (I may not always remember that and I struggle with that confidence and belief in myself everyday, but when I can get out of my head it’s a great reminder.) 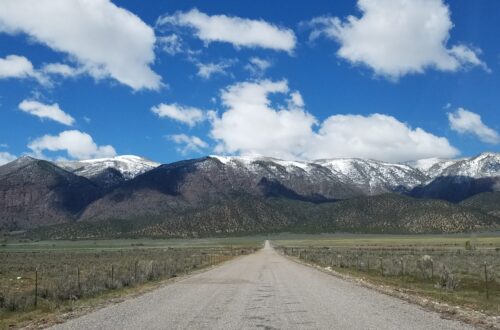 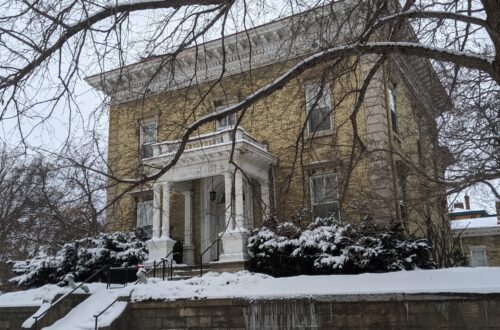 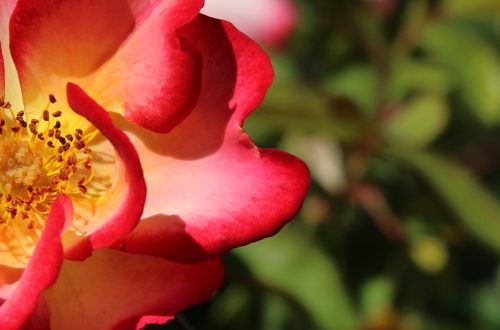 Spring has arrived and I am a mess