Today marks exactly one month back in California for m and I must admit, this has not been the homecoming I had been dreaming of. It barely feels like I have been home that long, yet, at the same time it feels like I haven’t lived in Hawaii for years.

I had big dreams coming home. Originally my husband and I had major road trip plans. We wanted to spend weeks on the road, living out of our car and exploring places like Joshua Tree and Zion. After my mom’s stroke, I knew that probably wouldn’t happen, but still I dreamed of days filled with hikes, friends, and fun. Instead I have faced one shit show after another. I can think of exactly one day home where I was relaxed and haven’t even had the time to text friends back, let alone have any fun. I don’t remember the last time I was this tense, this stressed, this overwhelmed or felt this defeated. I’m back to grinding my teeth, can’t get warm, and my weight fluctuates more then it ever has.

So what have I been up to? What has derailed my joy of coming home? It’s probably best if I just share the story of my last month rather than just list all my bitching…

We landed in California on the afternoon of January 21 and I should have taken the flight as a sign of things to come. Before even boarding things weren’t going well. My husband accidentally threw away our boarding passes and despite arriving nearly two hours early, thanks to an over booked flight, my husband and I weren’t able to trade seats with anyone so we could fly together. (The agency that booked our flight placed us in separate rows.)

The flight itself was a nightmare. I have never gotten so sick or felt so much turbulence. The landing was so rough I was certain I was going to puke and I couldn’t even see straight. I wasn’t the only one that felt that way, the toddler behind me threw up all over his mother.

That alone would have been bad enough, but we ended up stuck on the plane for another hour, puke smell and all. LAX was a little backed up that afternoon and we had to wait for another plane to clear our gate. Once we got off the plane, after we waited nearly an hour for our luggage, we were finally able to head home, in rush hour LA traffic. (Although I grouped it with the shitty stuff, the traffic didn’t really bother me. I was just happy to be home, on familiar freeways in the cities that I love.)

My first week back in California wasn’t horrible, just super busy, and had things gone as planned, everything would have been justifiable. In hindsight, I now wish I would have spent my first week laying around, catching my breath and enjoying the calm before the storm. Instead, my first week back home was split between three major things –

My first Friday night home was my night to unwind. My sister-in-law threw me a small birthday party with some of my oldest friends. It was so great to not have to think about anything or worry about anything and just enjoy life. We drank, ate way too much pizza, and sang the most random collection of songs.

Saturday I recovered and Sunday I went back to work (life stuff, not work work, I’m still trying to fix that part of my life).

My birthday is January 28, but this year it was just another day for me. My mom was getting discharged the following day (happy birthday to me) and I was too stressed and too busy to even think about my birthday.

Without going into too much detail, my mom’s discharge date was a huge disaster. I have been through a lot, but in all honesty my mom’s discharge and the following days were some of the toughest, most stressful, and emotional draining days of my life. I still don’t think I’ve fully recovered. Things fell apart in major ways and some really hurtful things were said by everyone to everyone involved. As I write this I am still so scared that some relationships were so damaged that they may never be the same again.

Long story short, my mom wasn’t able to move into the room I had help prepare and ended up at my brother’s. Not a bad place to end up, he is currently housing my mom’s dogs too, but his family doesn’t have the schedules to provide my mom with the supervision she needed, nor does he have the space.

The next two and a half weeks, although not super eventful were some of the most exhausting weeks of my life. To cover for the time my brother and his wife worked I was sleeping over at my brother’s three or four days a week and helping watch my mom during a good portion of most the days. I think in total over the two and a half weeks my mom was with my brother I was able to come home and stay home, maybe five days (not in a row).

My mom refused to sleep anywhere but the couch, fought us to take showers, didn’t want to take her medications and towards the end started hiding things from us, like her diet cokes and applesauce. She wouldn’t let us turn the TV off at night and had lots of really bad mood swings.

The facility my mom had been at discharged her because they felt she had been full rehabilitated. However, she still was only able to say a few words (no, why, what), and had very little use of her right arm and hand. Although she could walk and shower, she was impulsive and stubborn and could not be left alone for even a few minutes.

All this may not sound too bad from the outside, but anyone who has ever been a caregiver or been in a similar situation will know how exhausting, stressful, and just overall hard this can be for anyone.

Although we had originally hoped my mom would recover enough to be back to her old self or even if she never became able to be on her own again, would at least be able to communicate with us like before, it quickly became clear that may never happen, or may take longer then we hoped.

My life quickly became a juggling act of looking at facilities, doctors appointments, legal research, insurance inquiries and my own sanity. And despite how hard I tried I dropped each ball many, many times (even lost the sanity ball every once in awhile I think). I went days without showering, a few days I forgot to eat, and never even got to fully unpack until just this past week.

Last week, Saturday, we were finally able to find a new facility for my mom. This won’t be a long term solution and I’ll still have to juggle my legal research, insurance inquiries, and anything else the universe decides to through my way, but at least it has given me a small chance to breathe.

To top it all off, in the middle of all this, my mom’s dog got sick on us. He started shaking, losing weight, and pissing blood. We took him to the vet and we are trying to stay optimistic, but it’s not looking good. They said it’s possibly a bladder infection, but could be as serious as cancer.

I have no idea what this next month in California will hold for me, but fingers crossed it’s at least a tiny bit less stressful. Hopefully my family and I will be able to figure things out for my mom and I’ll have some time to spend on myself, maybe see a friend or two and squeeze in a hike here and there.

I also still have so much content and things to share from my time in Hawaii, I just haven’t had a single second to catch my breath and in all honesty, I am lucky I was even able to push out that short little chicken piece last week. I finally seem to be getting a hold of my life again, sort of, and will be able to finish off my Hawaii content soon and get started on some new SoCal adventures (I hope). 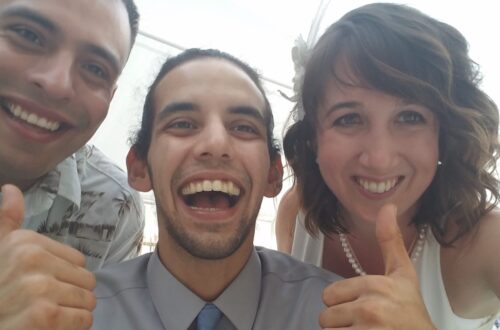 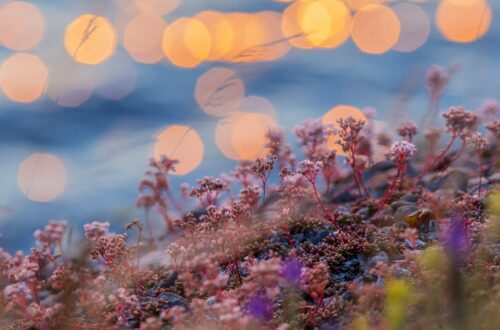